When inflammation is an acute symptom, ie, after injury, it’s part of the body’s positive response to aid the healing process. An ‘inflammatory messenger’ causes increased blood flow to an area and attracts white blood cells to fight off infectious diseases and invaders.  The process brings about the inflammatory symptoms such as heat, redness, swelling and pain.  Once the injury has repaired, the inflammatory process ends.
Inflammation becomes an issue however, when it is a low-lying, continual symptom, known as chronic inflammation. 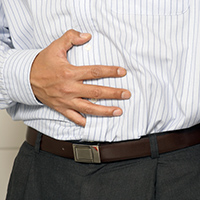 Chronic inflammation is a symptom of common conditions such as rheumatoid arthritis, and inflammatory bowel disease, including Crohn’s Disease and Colitis.  Allergic inflammatory responses include food allergy, allergic rhinitis, hay fever, hives, and dermatitis, amongst others. Chronic inflammation can damage our DNA, a molecule that carries our genetic instructions for growth, development and functioning.   This may be the reason why inflammation plays a part in many of today’s major diseases such as cancer, heart disease and obesity.
Taking a naturopathic approach to inflammation means looking at its causes, and how we can help ourselves to avoid or reduce it.

What can trigger chronic inflammation? 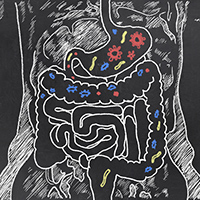 There can be many triggers for inflammation that does not ‘switch off’ when its work is done.

These can include on-going infections, poor gut health, common allergens such as food or pollen, toxins, air pollution, infection, nutritional deficiencies, and the balance of the fatty acids Omega 3 and Omega 6 in the diet.
Research shows that we commonly have 20 times the amount of Omega 6 in a modern Western diet, compared to Omega 3.  Excess Omega 6 has an inflammatory effect, whereas Omega 3 has an anti-inflammatory effect.

Gut health is inextricably linked to inflammation.  When someone suffers from leaky gut syndrome for example, particles, including bacteria and undigested food, escape from the digestive system and enter into the bloodstream.  This causes an immune reaction, which can be a constant source of inflammation throughout the body.  If particularly nasty bacteria, known as Gram Negative, gets into the bloodstream, it can be a trigger for conditions such as rheumatoid arthritis, ankylosing spondylitis and inflammatory bowel disease.

Following an anti-inflammatory diet can help to prevent or reduce inflammation, as well as some of the damaging effects associated with it.

A diet high in vegetables and fruits can provide cell-protective antioxidants which are effective at reducing some of the damaging effects of inflammation.

Some forms of Omega 3 are more readily available to the body than others. Get advice on the form that best fits your dietary preferences, to make sure that you are meeting your Omega 3 requirements.

Maximise your antioxidant intake by:

Some foods can cause inflammation in different people. 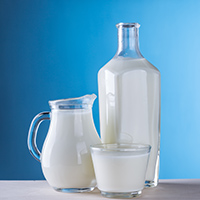 Eliminating potential trigger foods for a trial period, preferably under the supervision of a nutritional therapist who can make sure that you are still getting all the nutrients you need, can be worthwhile.

A Naturopathic Nutritional Therapist can help you to identify and address potential triggers for inflammation in both your diet and lifestyle, and to tailor-make a personalised plan that supports your present and future health.