Children and pregnant women should be urged to eat organic foods for the sake of health and wellbeing.  That’s the recommendation in a recent EU report ‘Human Health Implications of Organic Food and Organic Agriculture’.  The report was made in the light of close to 400 studies looking at links between agricultural practice, diet and disease.  For the rest of us, decreased exposure to non-organic foods is desirable and better for our planet, the report concludes. 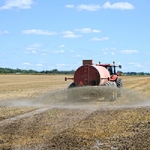 What is ‘conventional’ agriculture?

Conventional agriculture (ie, non-organic) is the predominant type of intensive agriculture in the European Union, with high inputs of synthetic pesticides and mineral fertilisers; a high use of antibiotic drugs; and a high proportion of conventionally-produced concentrate feed in animal production. 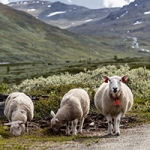 What is ‘organic’ agriculture?

Organic agriculture includes the use of organic fertilisers, reliance on non-chemical pest prevention and control, and crop rotation to preserve soil richness. Organic livestock has access to open air and natural feed; drug and chemical use is minimised. 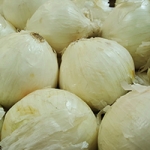 We are often told that conventionally grown produce should be peeled to reduce exposure to chemical residues.  A significant proportion of the nutrients we need are found in the skin of produce, so they can be lost with the peel in an attempt to reduce toxins. The EU report says that organic agriculture provides food with far lower pesticide residues, and an improved profile in regard to some nutrients. The report affirms that organic milk and probably meat has a more health promoting fat composition. 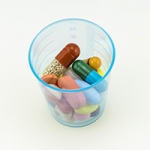 The heavy antibiotic use in conventional farming has a negative impact on the effectiveness of antibiotics in current medicine.  This is a major health concern. Over-use of antibiotics has led to the development of super-bugs which have become resistant to antibiotic strains, with implications for us all when we really need them.

What’s the problem with pesticides? 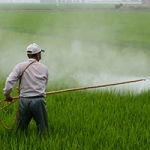 The EU report concludes that even low-level exposure to pesticides is detrimental to children’s brain development. Loss of IQ comes at a high cost to society. The report does not confirm a direct causal relationship between pesticides and other diseases.  Evidence of the positive health benefits of organic diets is inconclusive; research is limited, and people who choose organic frequently engage in other lifestyle factors associated with better health, which can skew results.  The report highlights an important factor, however: cadmium in organic crops is lower. Cadmium is highly toxic and known to cause disease, including cancer in all systems of the human body.

The Pesticide-Induced Diseases Database, for which there is a link below, provides access to various studies linking pesticides to health effects.  Various disease processes and cancers have been linked to pesticide exposure. Evidence is difficult to consolidate as there is usually more than one factor involved in the development of any disease.  But just as not every smoker will die of lung cancer, for example, smoking is still an important risk factor for development.

What should we do now? 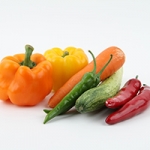 We must not be discouraged from eating good quantities of vegetables and fruit. Eating them in preference to processed foods and meats is definitely better for health. Processed packaged foods are likely to contain fewer nutrients and more unhealthy chemicals. Although pesticides are at times necessary, remember that they are intended to be toxic. For health, therefore, studies support reduced dietary exposure to pesticide residues.

Organic foods contain far fewer toxic residues and more compounds called phenols which are associated with better health. On the downside, organic foods also tend to be more expensive than their conventional counterparts, but you can buy sensibly, reduce waste and find out how to make dishes which make your budget go further. For most of us, switching to organic produce is a gradual process that could be encouraged by knowing which foods are the most problematic in regards to toxic residues.

The Dirty Dozen and the Clean Fifteen

Every year the Environmental Working Group collates a list of the produce with the most pesticide residue, to come up with ‘The Dirty Dozen’, and the produce with the least pesticide residue, called ‘The Clean 15’. Different farming practices in local areas may obviously compromise the complete accuracy of the list, but it’s still a really helpful start to help you maximise your shopping pound whilst minimising your exposure.

The current Clean 15 in order of least contamination, includes; sweet corn, avocado, pineapples, cabbage, onion, frozen sweet peas, papaya, asparagus, mangoes, aubergine, honeydew melon, kiwi fruit, cantaloupe, cauliflower and grapefruit.  For these foods it is not crucial to buy organic to protect your health.  However, organic may be preferable to protect agricultural workers, residents, the environment and wildlife in areas which are sprayed.   For produce on the Dirty Dozen list it is best to go organic where possible.  In order of contamination, the list includes: strawberries, spinach, nectarines, apples, peaches, pears, cherries, grapes, celery, tomatoes, sweet bell peppers and potatoes.

Meat and dairy should be organic wherever possible to minimise antibiotic exposure and other unwanted chemicals. Organic standards also debar the use of genetically modified material, now widely used in non-organic ingredients such as soy and animal feed, unknown to most consumers.

This article was written in March 2017 by Naturopath Gemma Hurditch for CNM (College of Naturopathic Medicine). CNM is the UK’s leading training provider in a range of natural therapies, with colleges across the UK and Ireland.

You can train as CNM for a new career as a Naturopathic Nutritionist, Herbalist, Acupuncturist, Homeopath, or Natural Chef.  Click for details of our Diploma Courses. 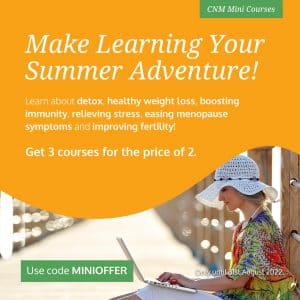